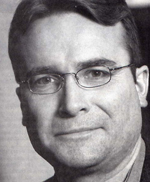 I’ve been with Syngenta and its predecessors for my entire career (30 yrs), holding positions in sales, marketing and product development across Canada (living in MB, SK, Ont, AB), as well as internationally.  International assignments, included a global product management role in the United Kingdom and country manager for Zeneca’s agricultural and pharmaceuticals businesses in Hungary. After the formation of Syngenta, I moved back to Canada, holding several sales management positions and later became head, Customer Experience Management; head, Business Development and Services; and head of Cereals for Syngenta Canada. In early 2011, I was named head, Cereals, North America, based in Calgary and am responsible for the sales and marketing of integrated Syngenta cereal crop-related products.

My wife Shelley and I have 2 children, a daughter living in Vancouver, and a son in college in Calgary.