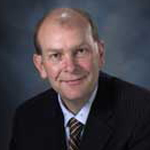 Brad Anderson is the Executive Director of both the Alberta Chamber of Resources and the Construction Owners Association of Alberta. In addition to ensuring that the ACR comprehensively advocates on behalf of its 187 member companies for the orderly and responsible development of our natural resources, Brad has overseen the work of ACR’s Task Force on Resource Development and the Economy (September 2009 – March 2010), and the subsequent engagement of members and stakeholders around the Task Force’s findings. Prior to his role with ACR, Brad brings a background in oil sands research and oil sands policy development with ARC, AOSTRA and Alberta Energy.

Brad is a professional geologist and is a member of APEGGA. Before coming to the Alberta Chamber of Resources and Construction Owners Association 5 years ago Brad worked in oil sands research and oil sands policy development. Brad has worked for the Alberta Research Council, Alberta Oil Sands Technology and Research Authority and the Alberta Department of Energy.

Brad is married and has two children.