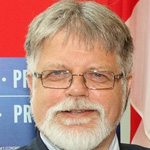 Research history: During his 26 years at McGill (www.mcgill.ca/plant/faculty/smith/), 60 graduate students have worked under his direct supervision, 34 Ph.D. and 26 M.Sc.  These have worked largely in production and physiology of crop plants, more recently with an emphasis on plant-microbe interactions.  The following crops have been investigated in one capacity or another: soybean, corn, barley, wheat, lupin, alfalfa, pea, bean, lentil, cowpea, sorghum, pearl millet, tomato, alfalfa, clover, swtichgrass, miscanthus, reed canarygrass, poplar.  The areas of research investigation are as follows: nitrogen metabolism, nitrogen fixation, root zone temperature stress and nodule development, development of methods for injection of metabolites into developing plants, barley production, use of plant growth regulators, intercropping, the dynamics of inter-plant competition, plant-microbe signaling, plants and climate change, biofuel crops, crop stress responses and biochar as a soil ammendment.  He is involved in the physiological responses of crop plants to increasing atmospheric CO2 levels and to climate change, plant-microbe signaling and biochar effects on crop productivity.  Throughout his research career, work on nitrogen fixation has been a consistent theme, beginning with an undergraduate research project on cyanobacteria in 1974.  Current work in this area includes signaling between symbiotic partners during establishment of the legume-rhizobia symbiosis.  Altogether this research activity has resulted over 260 publications (from his postgraduate research activities and those of his graduate students), eight patents issued, a spin-off company (Bios Agriculture Inc.) and products applied to ~10 million ha of crop land in 2011.  During his 25 years at McGill he has been principal investigator on research grants totaling over $45 million, and has been a co-applicant on approximately $12.5 million in other funds.  He currently leads the NCE funded ($7 million per year) BioFuelNet Canada Network (http://www.criibs.ca) on development of advanced biofuels, and also heads the McGill Network for Innovation in Biofuels and Bioproducts (McNIBB – http://mcnibb.mcgill.ca/index.html) and the Eastern Canadian Oilseed Development Initiative network (AAFC funded at $2 million per year).  He has had international collaborations with the US, India, China, Russia, Brazil and Africa.

Head, McGill Network for Innovation on Biofuels and Bioproducts – 2007-

Fellow of the Canadian Society of Agronomy – 1999-

Eastern co-chair of the Adaptation Initiative of BIOCAP Canada – 1999-2000.

Selected as one of the top ten young researchers in Quebec – 1989.